Clash of clans is an epic combat strategy game involving building a village, training troops and going to battle.

Earn gold, elixir, and dark elixir for your village either through online multiplayer battles or from resource collectors in your village. Gold and elixir are used in building, upgrading and also reloading of defenses like the x-bow. Elixir and dark elixir are used to train and upgrade troops, spells, and heroes. It is for these reasons resource collection should be a priority as it is essential for making progress from one town hall level to another. 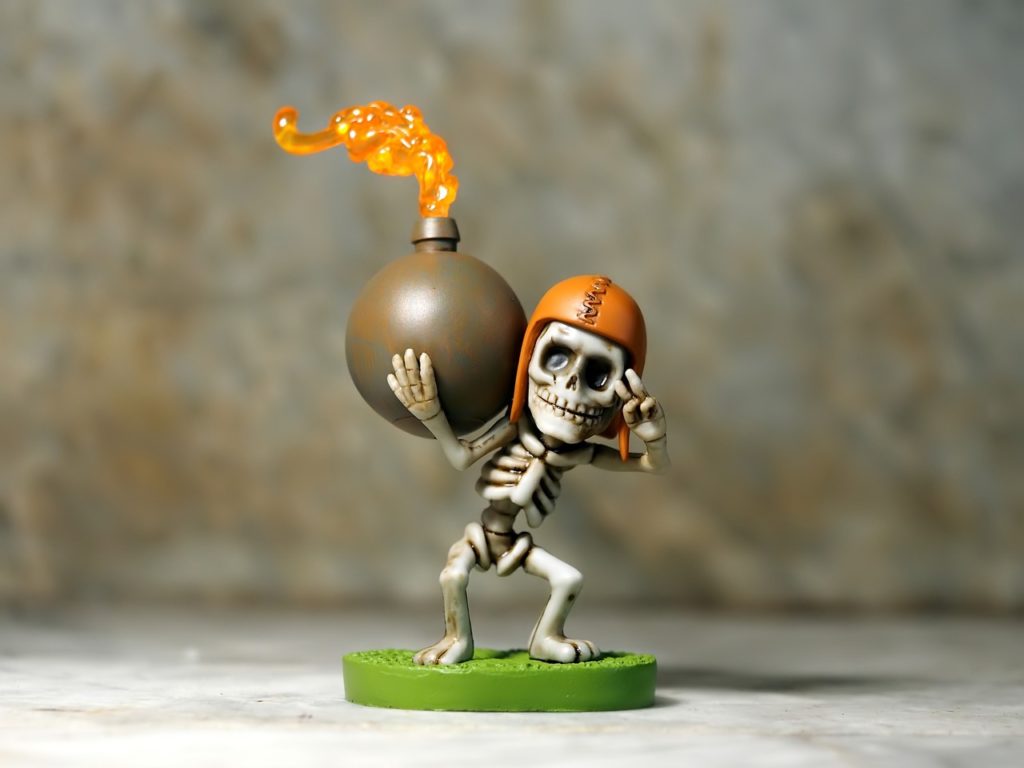 • Attacking should be done more often. Remember you can not prevent your base from being attacked even if the defenses are maxed. The frequency of attacking should be greater than the number of times you’re attacked. The primary objective for attacks is gathering resources for your base upgrade. More loot will be obtained from attacks than from the resource collectors.
• Spells should not be directly deployed on top of your troops but rather in front of your troops or dropped before deployment of troops. This maximises the effectiveness of the spells. For instance, if you drop a healing spell on top of your ground troops, there is a possibility of the troops moving out of the ring created not completely healed.
• The hero’s ability should not be used when the hero is at 100% health. Wait until the hero’s health has dropped by half then use its ability so that health recovery advantage will be maximized.
• Attacking of bases should not be random. Consideration of traps, the position of heroes, x-bows, clan castle, inferno towers, and hidden teslas should be taken into account. Remember the corner that appears to be easy to attack might be the most difficult as traps and hidden teslas might be stuffed there. Clan castle position must be given first priority especially in clan wars for easy handling of defense troops.
• Attacks should not be carried out on the corner of the base but rather the sides for easy channeling of the troops deep into the base. If attacks are carried out at corners, there is a possibility of the troops moving around the base making them more vulnerable to attacks.

• Your clan castle should be positioned at the middle of your base for the most effective use of reinforcement troops obtained from donations. Random attackers will be caught by surprise meaning your resources will be safe from being looted.
• Additional army training should be done when your camps are full. Train a second army as this will imply that fewer resources are available for anyone trying to loot.
• Traps should not be spread all over the base as usually attacks are carried from one side. As most attackers go for resources, your traps should be situated where most attacks are carried at your base.
• Make sure the inferno tower is using multimode as healing powers are usually blocked by the massive heat produced by this defense. This means a lot of troops can be taken out at one time.

• Do not use gems to complete an upgrade unless you have acquired all five builders available for clash of clans. Builders are integral for making progress at your base. More builders mean less idle resources at your resource storage.
• Your mines and collectors should be upgraded as soon as possible. Extra resources will be produced by this upgrade which will be important in upgrading structures and troops for your base.
• Do not move from one town hall level to another before maxing every building, troop, hero, and spell(s). Success in clash of clans demands patience. This will also protect you from making a lot of upgrades in the latter stages of the game which could have been completed earlier.
• Multiple defenses of the same kind should not be upgraded at the same time. For instance, if you decide to upgrade all your cannons at the same time it means your base will be vulnerable to ground attacks. The same case applies when you upgrade all your air defenses at the same time, as your base can be easily defeated.
Resources are very important for upgrades in clash of clans. They are essential for you to move from one town hall level to another. It is therefore important to attack and come up with a base layout good enough to protect your resources.
It’s also important to not be in higher trophy leagues, as this means your base will be attacked more often and also you will gain less loot from the online multiplayer battles available.
Be sure to check out our other articles!