You are home alone with nothing to do. In no time, the boredom is starting to get the better of you, and you decide to invite some of your friends over. But wait, you haven’t planned anything fun for everyone to do once the gang has arrived! Worry not; what you should do is try out Argo.io. It is an online multiplayer action game that has become the latest sensation sweeping the country. Touted as being addictive and impressive, this game of skill will be a sure way to keep you and your friends entertained.

This game consists of round colored cells in a map that resembles a graph paper. Players control these round cells in real-time with each cell having a real person behind it. The object of the game is to increase the mass of your cell by swallowing smaller cells that are being randomly generated while avoiding being swallowed by the larger cells. The mass of your cell increases with every swallowed cell and makes your cell stronger; however, increasing in mass lowers the speed of a cell. To be the leader in the game, you have to swallow all the other cells.

When playing Argo.io, you can personalize your cell with distinct made-up names and choose skins and symbols on your own. From a planet, a president to even a historic event, you can be anything that you wish to be. The current version lets players game in 4 different modes: Teams, Experimental, Party and Free For All. The team mode entails players being subdivided into 3 teams with their respective colors. The team that achieves the most mass wins. In the Experimental mode, the developer can try out new features and mechanics that you may not have come across before. Party or private mode allows you to invite friends and come up with rules of your own. The Rush mode gives you a maximum of 5 minutes to gain as much mass as possible. The mass at the beginning for all players is 10 points, and every collected colored pellet earns you a point. Swallowing other players awards their total points. 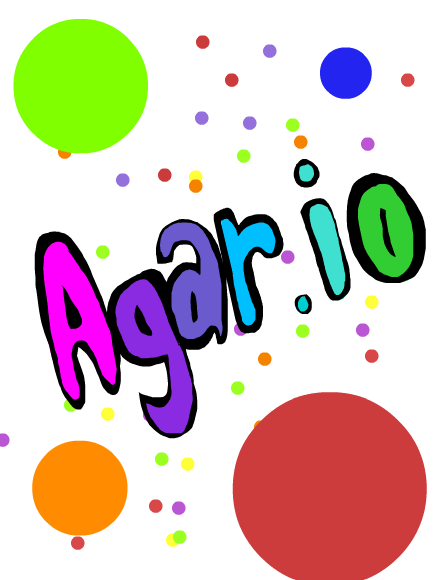 Where to Find Agario

Agar.io can be played for free on your browser or by using the dedicated app for both Android and IOS. Just go to the game’s website (agar.io) and log in through Facebook as a guest and enter a username you have selected.

How to Play Agar.io

Agar.io begins with your cell sitting in an expansive space and typically generates a random color with a username. Select a name of your choosing to change the skin of your cell. Movements involved will need some time to get used to fully but are generally simple. As you move the cursor, your cell moves in its direction. The gaming area is filled with colored dots that your cell consumes whenever it runs into to get larger and increase the mass.

Being a multiplayer game, you are likely to come across the cells of other players as you move around the graph paper. Eat the smaller cells but be wary of the bigger cells that will eat you. Eating cells earns you more points than those you get from swallowing the dots. Remember not to eat cells that are close to or the same size as your own; you can only eat cells that are less than 90 percent of your size.

If you want a larger cell to move more quickly, you can release some of its mass by pressing the “W” key. The released mass will come out as a dot, and your cell will gain some speed. Be careful though not to feed the released mass to your competitors and give them advantage. Alternatively, pressing the space bar will also split your cell. The difference here is that the new cell remains part of you and under your command. They can even still swallow pellets and smaller cells. However, the risk here is that split cells become smaller therefore susceptible to competitors with larger cells. Do your best to keep them alive since they can still merge with your command.

The gaming area is scattered with large green blobs, covered in spikes that you should be wary of. These are “viruses” which remain motionless and SHOULD NOT be swallowed. If you try to swallow a virus, you are larger than, the virus will split your cell into smaller cells and cause you problems. This can be a good strategy if a larger cell is onto you, just take shelter behind any virus you can spot near you.

The game keeps record of your scores as you progress and even provides a real-time leaderboard showing top players on any given server. The only disappointment for you might be that there is no lasting progress to be made; whenever you lose, you have to start back at square one.

• Positioning your cursor directly on the cell will keep it from moving.

• Always make sure that you have space to move; don’t allow your cell to be cornered by a competitor by getting it stuck on the edges.

• Choose wisely when and how to split so that you use it to your advantage to attack smaller cells without compromising your split cells.

• Split your cells into smaller pieces to hunt smaller cells and quickly merge them when you are close to a cell that is larger than you.

• Maximize on pints by chasing after sizable cells, not the faster smaller cells that will likely cause you a lot of trouble to catch.

Agario is generally an easy game that you can learn after just a few tries. It is also interesting since it tests your ability to make quick and strategic decisions when in a sticky situation. Don’t be left out, try it when you find the time! For more tips and cheats, be sure to check out this post we wrote earlier.